Dive into the History of Dental Implants in Walnut Creek

Dental implants are considered to be the most advanced solution for replacing missing teeth. They are the only solution that supports the surrounding teeth, continues to stimulate natural bone formation, restores a patient's smile and confidence, and restores a patient’s ability to chew. While it wasn’t until 1965 that Per-Ingvar Brånemark successfully performed the first modern implant procedure, there was a lot of history that led up to this moment. Without these monumental events for dentistry, patients would not be able to receive dental implants in Walnut Creek.

About 4,000 years ago in ancient China, carved bamboo pegs were used to replace missing teeth. Then about a thousand years later, an Egyptian king had a copper peg hammered into his upper jaw bone. Although researchers are not sure if this was placed after death, it may be the first recorded case of a metal replacement tooth being fixed to a jawbone. A 2,300-year-old iron false tooth was then found among real teeth in a Celtic grave in France.

Then, 2,000 years ago people often tried to replace teeth with animal teeth, or teeth bought from slaves and poor people. These procedures would likely suffer from infection and would be rejected by the host. Archaeologists have also discovered the use of jade and seashells used to replace teeth in a Mayan ruin in Honduras from 1,350 years ago. The interesting part is that the bone structure and the shell showed signs of regeneration.

Although these earlier recordings of archaic implants are important to the evolution of dental implants, the most important developments that would come to resemble the kind of dental implants patients would expect from their Walnut Creek dentist today came much later on in the eighteenth century. In 1886, a doctor mounted a porcelain crown on a platinum disc, however, the experience yielded poor long-term success. The constant issue that dentists were faced with was that the body and the bone rejected the foreign objects. For a successful dental implant, you need to fuse the false tooth with the bone.

In 1952, an orthopedic surgeon by the name of Per-Ingvar Brånemark unintentionally discovered that titanium was the right material for osseointegration or fusion with the bone. He was experimenting bone healing and regeneration on rabbits and he quickly realized that bone grew in such close proximity to the titanium cylinder that it had successfully fused together. Shortly after, in 1965, Brånemark placed his first titanium dental implant into a live human volunteer.

This moment was crucial to dental history. The process of placing dental implants has continuously improved over recent decades through research. The most modern dental implants are composed of a high-grade titanium alloy screw with a roughened surface to improve osseointegration. This titanium screw is fixed to the jaw where the tooth used to be and is then allowed a period of healing. Once the screw has fused to the jaw, a post is inserted with a crown on the top. This method has high long-term success rates with proper oral care and continuous dental hygiene. This is also the method that is performed at Dental Care of Walnut Creek. 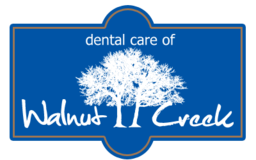 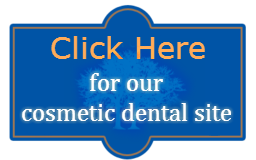